I have a Tumblr account, where I post most of my pictures – btw, if you like drawings, art, cartoons there are beautiful things in Tumblr by some very talented people. Yesterday I stumbled by accident over a few Aaliyah accounts there.

I was and am and will always be deeply touched by Aaliyah. She had that gift. When she looked at someone, even if that someone was a million people watching her only through a camera, she made it count. She gave something of herself, opened a path between her and the other side watching. To use an overused and therefore almost meaningless sentiment: She was real. Alive. And fearless. Which isn’t the same as unfrightened.

I don’t want to use many words, because I don’t think it is necessary. These pictures speak their own words. It has been so many years and yet it is still as unreal and unbelievable to me that she had to die. Her music is still part of most of my playlists and I think that speaks for it’s quality and meaning. I still miss her and her art. 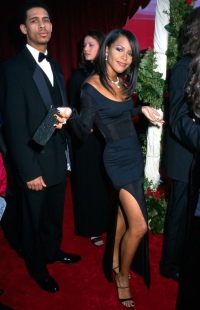 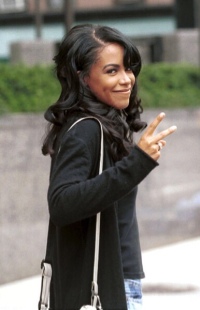 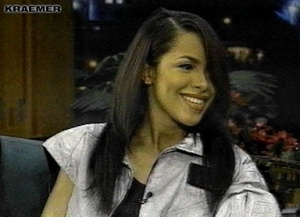 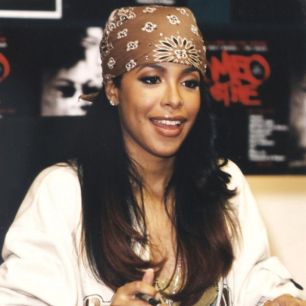 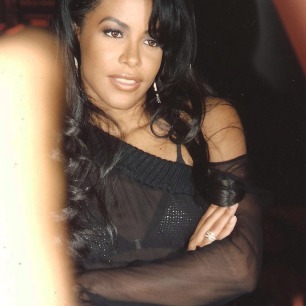 I think this picture would have been the direction Aaliyah would have taken: Becoming a very powerful, very strong, very individualistic woman. This picture is interesting and powerful to me. It seems to be for a campaign (look at the pants). And yet it is much more than the usual „look how gourgeous I am and how sexy my ass looks and if you buy this stuff, you too will be happy, carefree and sexy“. On the contrary, this picture is art to me. Why? Ok, I try to explain, why it moves me.

There is the contrast of the environment that looks like better middleclass, the room of a teenage girl that lives in a Disney soap opera. And in this room we have that woman, who is clearly outside of it, although she belongs there. It is her room. Yet the way she sits, totally unlike every commercial photographer wants girls to sit (tuck your stomach in, hold your breath), she somehow encapsulated herself out of the room. She seems to look distraught as she sits there slumped and with the back to us. Like she belonged there till now, but already knows she won’t belong there any longer. The picture invites you to feel a story: You can imagine, that she thinks how she will tell her parents that she will go away for example. It is like she looks into an abyss only she can see.

All that Aaliyah says with her body (and half her face). Not with words or her eyes or movement. Now tell me, that isn’t powerful. Tell me that isn’t grace and talent. And above all it is the power of someone with a clear or an instinctive knowledge and understanding of herself.

Aaliyah was special in a wonderful, exciting, inspiring way

Most of these pictures come from a Tumblr account named Aaliyah1979. As Tumblr is meant for sharing, I shared them here. If you want more of Aaliyah, look that account up, there are many more pictures, videos and links to other Aaliyah accounts.